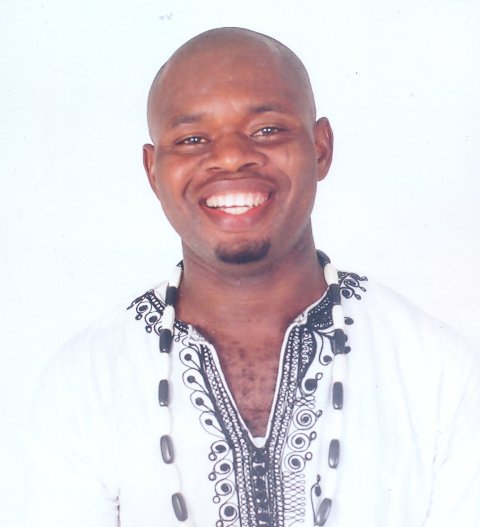 I am always on the lookout for people who have stories to tell and I had the opportunity to interview the founder of the information hub and open forum www.Cokoye.com, Christian Okoye.

Here are the interview question and his answers.

1. How old is the platform Cokoye.com and what was the idea that lead to its creation?

Cokoye.com was created on 5th July 2009 i.e. it will be 4 years old on 5th July, 2013. Many things led to the creation of Cokoye.com such as ability for Africans to discuss their issues the way they want it, how they want and when they want it. The primary reason Cokoye was created is to serve as central online community for all Africans both within and outside Africa and those interested in Africa.

The idea of a central African forum came into my mind one day (early 2009) when I got tired of visiting Africa countries forum one by one having explored All Nigeria forums I know and Ghana and other countries in Africa and decided to join a general forum where I can meet all Africans in one place, not just Nigeria, Ghana, Uganda, etc but to my surprise I found none. Some forums that attempted it were foreign forums as a result they put Africa as subdirectory (Example of subdirectory is something like this: thewebaddress.com/Africa) meaning Africa is not their real reason of their site as such no serious attention is given to Africa’s community, not only that they write all kinds of their opinions about Africa without facts.

Having seen this I decided to install SMF forum to address the need for Africans forum for Africa’s families and friends of Africans and those interested in Africa.
This is how africatopforum.com was born, which was later branded to Cokoye.com on 2011.

2. For other entrepreneurs with similar ideas back in Africa and beyond, what does it take to start such an ambitious project? What are some of the resources you needed when starting? Did you outsource development? Do you outsource daily operations?

What it takes is, identify the need, be passionate about the solution, determination (as many people will tend to discourage you), and willingness to serve the society, discipline and constantly focus on why you started it.

I do not outsource development as I’m a professional webmaster, Cokoye was installed as smf (Simple machine forum, is a software that is found in many web hosting service) and also know how to get whatever that will keep Cokoye serving it’s needs for Africans, friends and those interested in Africa.

Concerning outsourcing operation as you asked: Cokoye is free open forum for all, Admin, moderators and writers run Cokoye. Moderators and writers are given the right to place their adverts in Cokoye in return which enable them to reach thousands of members and members of public that visit Cokoye. This arrangement create win win for Cokoye, moderators and writers, this means as they write about their respective African subjects/issues mostly their countries eg Kenya, Nigeria, Uganda etc and posting in the Cokoye, their signatures promote who they are, their ideals, establishing themselves in the African community, at the same time making impact in the lives of people and Cokoye in return put their designated adverts linking to their desire websites or products.
Cokoye always welcome Africans writers that will join Cokoye writers’ team, as there are more stories than we have time and money to tell about Africa, all positive and uplifting of Africa.

3. Since its inception and initial launch, what are some of the key milestones that have been reached, and how were they significant?

Cokoye has moved from one member (Which is me) to over 260,000 members worldwide and still counting. This means people are identifying the need of Cokoye in Africans community. Cokoye has been seen Africans (Uganda, Kenya, South Africa, Nigeria, Liberia etc) both in and outside Africa joining Cokoye on daily basis and joining discussion like one family. This means Cokoye brings all Africans under one umbrella, thus fostering the objective it was created for.

Foreigners come to Cokoye to ask questions on any issue or subject about Africa. This means Non Africans are gradually relying on cokoye to know more about Africa being a discussion community where they meet African people. This is really a welcome development as many members of Cokoye are delighted in this.

When you type: Africans forum or Africa Top Forum, etc in Google Cokoye appears at the no 1 position. This means that Cokoye has beaten foreign websites and given it rightful position as Africa’s no 1 platform.

4. As its founder, what is the grand vision you have for the community created at Cokoye.com? Are you looking to sell in the future, where are you taking it?

I never thought of selling Cokoye in the future rather I think about it impact and fulfillment of its purpose to the world’s society. Grand vision for community created at Cokoye.com is Cokoye will be a source and hub of all piece of information in Africa’s land, a place where hundred of millions of Africans, foreigners within and outside Africa discuss issues on daily basis, able to pay and employ thousands of staffs across 53 African countries mostly writers and moderators.

5. Would you please tell our readers a little about who you are, where they can find information about you (website) and how to contact you?

My name is Christian Okoye from South east Nigeria, professional webmaster, founder and administrator of Cokoye. I’m always at www.cokoye.com itself, you see me active there and always joining discussions and constantly trying my best to be the first to reply to any post made by members.

The interview was conducted over email communications during the week of July 3, 2013.