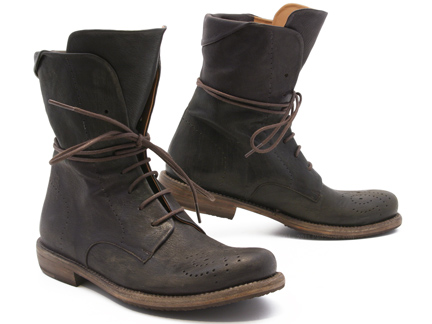 Human beings are creatures of habit. Everything we do from morning to evening follows a pattern that is either being created or has been created and is being followed. From the time we wake up in the morning to the time we go to bed, we follow mind programming that in essence is meant to keep our life simple. That is why many people resist change, even change from our bad habit to better ones. I had noticed that I had fallen in the bad habit of being late for meetings and other appointments. In an attempt to change that nascent habit before it got out of control, I became more conscious of the time I put into preparing for meetings and appointments.

Last Saturday I had a meeting over dinner with a young lady in Torrance and before my meeting time, the sole of my boots got disconnected from the shoe. I caused it as I was playing soccer with a shoe that had served me well and was not appropriate for the activity. My meeting venue was 40 minutes away from me and if I had gone home to get a new pair of shoes, I would have been about 20 minutes late for the dinner. I had to make a choice between walking barefooted in a pricey restaurant or being late and making a bad impression while reinforcing the bad habit of not being on time. I made it on time (just 3 minutes late) and it turned out that the lady did not have her mobile phone with her. If I had gone back home to get a different pair of shoes, I would have probably missed her and driven 40 minutes (one way) for nothing.

Interestingly, nobody in the restaurant noticed I was not wearing shoes. And if I had not told the story to the lady I was meeting with, she probably would not have noticed it herself. The socks I was wearing had the same color as my pair of jeans. What I did learn from the experience is this: 1) Do whatever you can do break bad habits as soon as you become conscious of them and 2) Always wear good pairs of socks as you never know what could happen.

Is always being on time one of your habits?